Alright, again, there is only one special book coming out today. It is…

The Witch’s Tears by Katharine and Elizabeth Corr!

Can true love’s kiss break your heart…? The 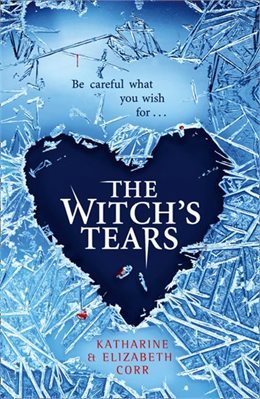 spellbinding sequel to THE WITCH’S KISS by authors and sisters, Katharine and Elizabeth Corr. It’s not easy being a teenage witch. Just ask Merry. She’s drowning in textbooks and rules set by the coven;
drowning in heartbreak after the loss of Jack. But Merry’s not the only one whose fairy tale is over. Big brother Leo is falling apart and everything Merry does seems to push him further to the brink. And everything that happens to Leo makes her ache for revenge. So when strangers offering friendship show them a different path they’d be mad not to take it…Some rules were made to be broken, right? The darkly magical sequel to THE WITCH’S KISS burns wickedly bright.

What do you think of this?